Ramadan (Arabic) or Ramazan (Persian and Turkic) is the ninth month of the Muslim lunar calendar, the month of fasting (as-saum). Ramadan is the month of spiritual and moral cleaning, as well as of faith and will strengthening. In 2021, the month  of Ramadan began at sunset on April 12, the first day of fasting (Uraza) began was April 13, and the month will end on May 13.

The night on Ramadan 27, when, according to the tradition, the first "revelation" was sent to Prophet Muhammad, who secluded himself in the cave of Hira, is celebrated by Muslims as the "night of power" (laylat al-cadre).

It is believed that on this night, Allah decides on people's fate; according to the Koran, it is "better than a thousand months." However, there are discrepancies regarding its exact dating; therefore, it is customary to devote all the odd nights of the last ten days of Ramadan to piety deeds. 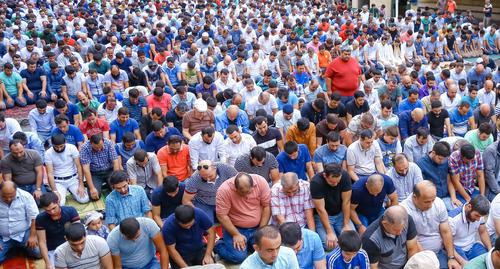 Different Muslim countries also include into Ramadan the holidays inherited from previous religious beliefs; therefore, a number of traditions and rites characteristic of Ramadan are specific in some individual countries. In Muslim countries, Ramadan is notable for a significant decline in business activities and increased religious sentiments.

A Muslim can and should: pray five times a day at a certain time, make donations and fast.

It is forbidden: to eat, engage in intimacy during daylight hours; to have vicious thoughts and evil intentions, take medicines, except for emergency cases, drink alcohol and smoke.

If a Muslim violates the rules, he can atone for it - to pay a certain amount of money or give food to the needy.

Those released of fasting are children (under the Sharia, under the age of about 15); people who have lost their minds and are unconscious (in a coma); elderly people; pregnant and breastfeeding women; travellers; and patients who can be harmed by fasting (two Muslim doctors must confirm this). Women are not allowed to fast during menstruation and during postpartum cleansing. Most of these people should reimburse all the missed fasting days. 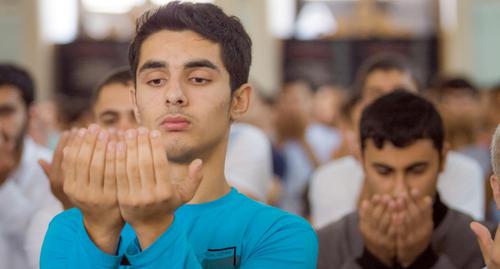 During Ramadan, Chechnya, Ingushetia and Dagestan change the whole rhythm of life. This is especially noticeable in Grozny and Makhachkala: streets are empty in the daytime; cafés and eateries are closed.

In the republics of Northern Caucasus, the heads of republics officially congratulate Muslims on the beginning and end of the month of Ramadan. During Ramadan, charity events are held in the republics in favour of poor families, widows, orphans, seriously ill people, and the elderly. Some banks give Ramadan gifts to their clients. Businessmen allocate charitable funds for humanitarian projects and distribute foodstuff kits among the poor and large families.

During the Ramadan, the mosques of Northern Caucasus are holding collective iftars (de-fasting) every evening.

In different Muslim countries, Ramadan can start on various days – it depends on the method of astronomical calculation or direct observation of the Moon phases.

According to the Islamic calendar, a day starts not at midnight, like in the Gregorian calendar, but with the sunset. Therefore, in 2020, Russian Muslims started their Ramadan with the sunset on April 23. The first day of fasting was April 24. The Ramadan ends with the feast of the end of fasting, Eid-al-Fitr (Uraza-Bayram), which begins on May 23, 2020.