In 2015-2018, in Chechnya, the armed underground grew much younger; even children were recruited into the ranks of militants. This follows from the statistics of the "Caucasian Knot" for those killed and wounded in clashes with law enforcers and in terror acts.

In 2015, during terror acts and clashes with law enforcers, 7 out of 10 killed and wounded militants were under the age of 35. In 2018, there were 21 killed militants; and 20 of them were young people. During these three years, the underground was notable not only by its age – the youngest attacker was only 11 years old – but also by the audacity of the attacks. In 2019, the trend has confirmed. The resident of Chechnya, killed on September 9 in a shootout with policemen in Grozny, was 18 years old.

The "Caucasian Knot" has received information about the casualties' age both from official sources and through its own investigation. However, not all the data could be confirmed by independent sources. 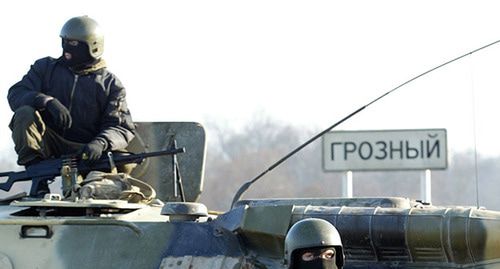 It should be noted here that in Northern Caucasus, law enforcers repeatedly fabricated the results of their special operations: young people were killed in dubious circumstances; later, they were declared to be militants. Therefore, some of those officially declared as members of the armed underground might have nothing to do with terrorism. The "Caucasian Knot" did not include the cases, in which falsification were confirmed, into its statistics.

The trends of the previous two years had developed even earlier. The growth of the number of young people in the ranks of the militants was observed in 2016, as compared to 2015, which follows from the infographics. Among the 10 persons killed or wounded in clashes with law enforcers in Grozny in December 2016, there was not a single one older than 20 years. In 2015, 10 alleged militants were killed or wounded; seven of them were under the age of 35.

On January 4, 2018, in the village of Avtury, Shali District, a 27-year-old local resident, Khamzat Baimuradov, who had previously worked for law enforcement bodies and was convicted for helping militants, was shot dead at detention. 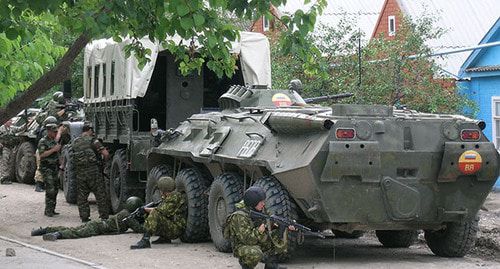 On March 20, 2018, a man born in 1997 was killed in the Staropromyslovsky District of Grozny; according to law enforcers, opened fire at a policeman. However, law enforcers failed to name him; and there were no confirmations of his involvement in the armed underground.

Also on March 20, 2018, four armed men were blocked and killed during a special operation conducted in the Achkhoi-Martan District of Chechnya, on the border with Ingushetia. The eldest of the casualties, a native of Dagestan, Nazim Taibov, was 33 years old. The rest of the casualties were identified as natives of the Malgobek District of Ingushetia: Aslambek Aleroev (28 years old), Khavazh-Bagauddin Kottoev (24) and Akhmed Medov (19).

On May 19, 2018, militants attacked the Archangel Michael Church in Grozny, as a result of which two policemen, four militants and one parishioner were killed, two other policemen were wounded. According to law enforcers, the 18-year-old Akhmed Tsechoev led the attackers. Along with Tsechoev, the brothers Amir and Ali Yunusov, both aged 18, as well as the 19-year-old Mikail Elisultanov, were killed.

On August 20, 2018, a series of attacks on policemen were committed in Grozny and the Shali District, which, according to law enforcers, was organized by the 18-year-old Magomed Musaev, a son of Ramzan Musaev, the deputy Mayor of the city of Shali. Magomed Musaev and another young man attacked a police station in Shali with knives, wounded two policemen and were killed. Another young man, according to law enforcers, blew himself up at the road-and-patrol (DPS) service located in the village of Mesker-Yurt, Shali District; however, he survived and was taken to hospital, where he later died. 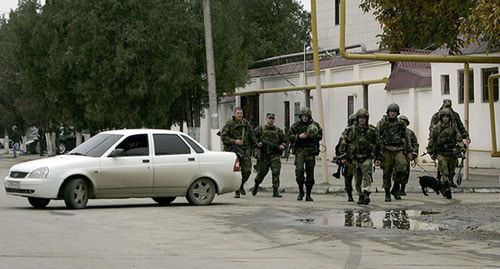 Also on August 20, 2018, the 17-year-old Elakh Akhmatkhanov and his 11-year-old brother Mukhamad-Amin Akhmatkhanov committed an attack on policemen in Grozny: they shot down three law enforcers by their car and were killed. According to the "Caucasian Knot", local residents, Shamsudi Akhtaev, 17, and Magomed Akhtaev, 16, took part in the attacks on law enforcers committed in the Shali District. On August 21, the Internet resources that support the "Islamic State" (IS), a terrorist organization banned in Russia by the court, posted a video, in which Chechen teenagers swear allegiance to the IS. The terrorist organization claimed that these teenagers attacked law enforcers in Chechnya the day before.

On September 16, 2018, on the Chechen-Ingush border in the Achkhoi-Martan District, in a deserted area, an armed clash broke out of law enforcers and a group of militants. As a result of the clash, three militants were killed. They were identified as a 35-year-old resident of Kabardino-Balkaria, Anatoly Khadjiev; a 32-year-old native of Kyrgyzstan, Osmandjon Kochkarov; and a 26-year-old native of the village of Psedakh, Malgobek District of Ingushetia, a Chechen, Movsar Aleroev. 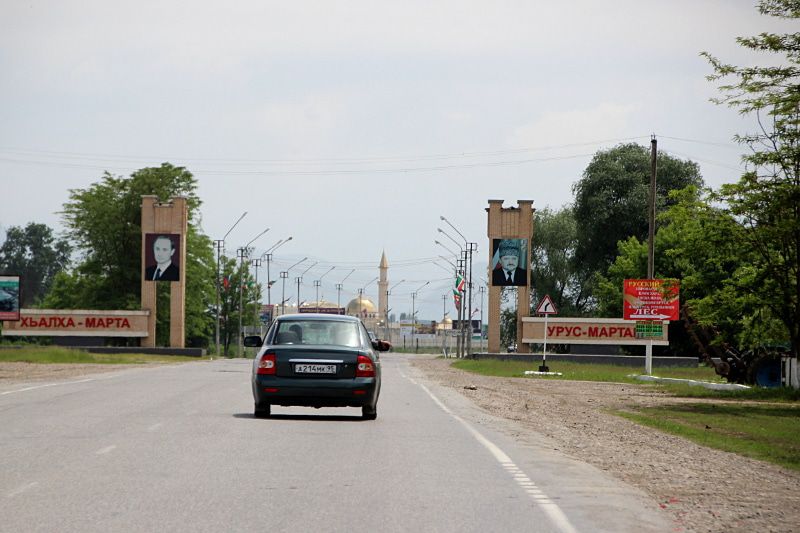 On November 11, 2018, near the village of Martan-Chu, Urus-Martan District, two residents of the district centre, according to law enforcers, rendered armed resistance at a detention attempt, and were killed. The 17-year-old Akhmed Yanaev was one of them. According to the "Caucasian Knot" correspondent, his companion was the 24-year-old Sulumbek Sembiev (law enforcers reported that Sembiev, who had earlier been convicted and sentenced conditionally, was 34 years old).

On November 17, 2018, in the Staropromyslovsky District of Grozny, near the 21st checkpoint, the 25-year-old Ekaterina Spiridonova, a native of Adygea, who had recently lived in Khasavyurt and was on maternity leave, blew herself up. Chechen authorities claimed that the woman, who had committed the suicide bombing, had been recruited by IS members. However, there were no other confirmations of Spiridonova's involvement in the underground. Her mother told that her daughter had been forcibly taken from Dagestan to Chechnya; her children were taken away from her; however, Ekaterina managed to escape, but she stayed in Chechnya.

On January 11, 2017, four militants and two law enforcers were killed in an armed clash that broke out in the village of Tsotsi-Yurt. The oldest among the killed militants – a resident of Kurchaloi, Uzum-Khadji Madaev, was 36 years old. The killed militants also included the 28-year-old Raibek Idrisov, a native of Shali; Alikhan Kupchiev, a 32-year-old native of the village of Germenchuk; and Umar Ozdiev, a 24-year-old resident of Shali.

On January 16, 2017, Alikhan Muzaev, suspected of having links with militants, died after his detention in the village of Kurchaloi. There is no exact data on Muzaev's age, but, according to the sources of the "Caucasian Knot" in Chechnya, at the time of his death he was over 35 years old.

On January 25, 2017, four policemen were wounded in one of the police stations in Grozny by a detainee, suspected of links with militants. The attacker, who turned out to be the 26-year-old Islam Lorsanov, was shot dead. 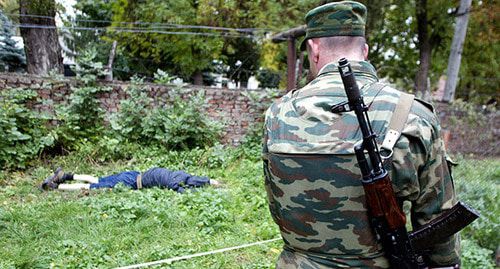 On January 30, 2017, two policemen perished in an attack on Shali policemen; three attackers were killed, and two civilians were wounded. The killed militants were identified as residents of Shali, the 20-year-old Sidik Dargaev, and Yunus Mukaev and Beshto Emediev, both aged 18.

On March 24, 2017, as a result of an attack committed by members of the armed underground on the base of the Russian National Guard (Rosgvardia) in the Naur District, six law enforcers were killed and three others were wounded. During this armed clash, six alleged members of the armed underground were killed. The eldest of them, Umar Musalaev, was 29 years old. Other casualties were identified as the 24-year-old Ramzan Muridov and the 26-year-old Khabil Muridov. Also the 21-year-old Shamil Muridov, the 28-year-old Magomed Akbulatov and Khizir Zakaraev, who, according to the "Caucasian Knot", at that time was 25-26 years old.

On March 30, 2017, during a special operation in the Urus-Martan District, according to a law enforcement source, two alleged members of the armed underground were killed; the age of both of them was not above 30. At the same time, law enforcers failed to name the casualties; and there were no other confirmations of their involvement in the underground.

On November 19, 2017, two alleged members of the armed underground were killed in an attack on a police post near the village of Roshni-Chu in the Urus-Martan District. They were identified as the 36-year-old resident of Ingushetia, Akhmed Chakhkiev, and the 31-year-old resident of the Altai Territory, Adam Tsutsaev.

* "Islamic State" (IS, earlier, the ISIL) is a terrorist organization banned in Russia by the court